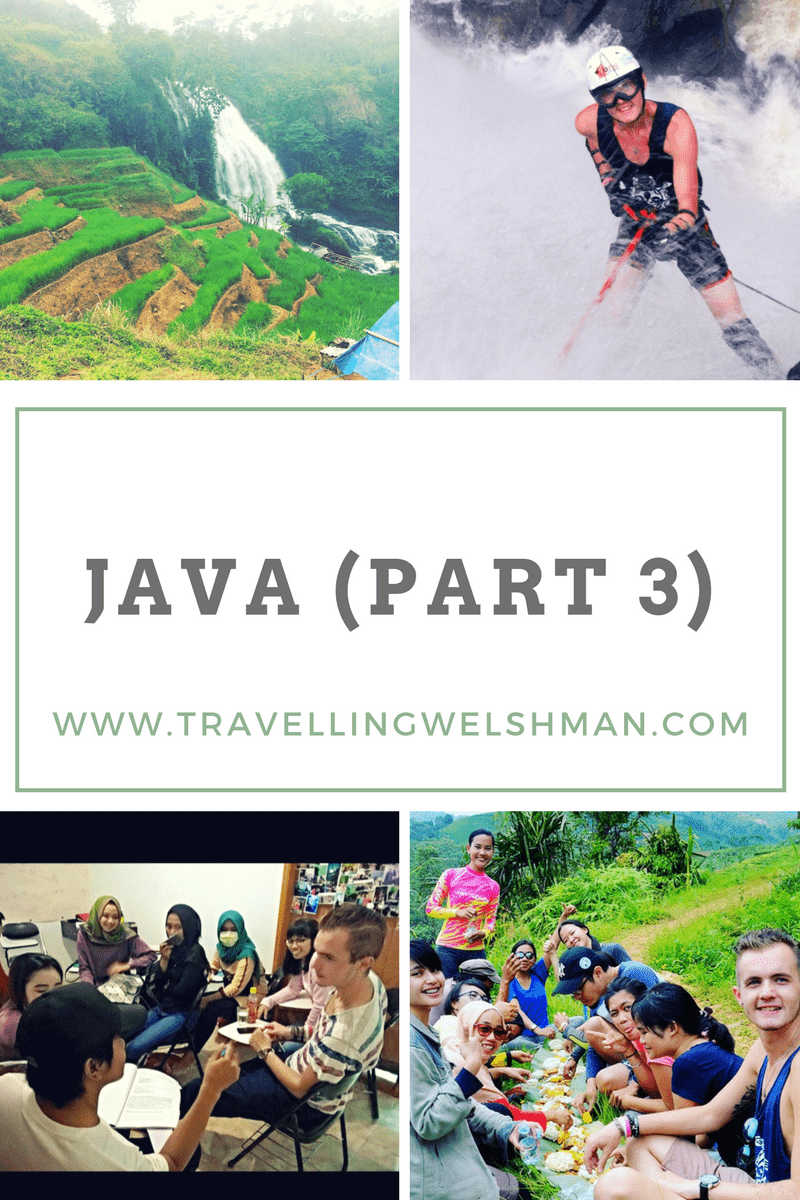 Indonesia - Top 10 Highlights
Indonesia is the most underestimated country found in the ever-popular backpackers paradise of South East Asia. The enormous array of activities and spine tingling moments are limitless and scattered throughout its multiple islands of varying personalities.   Over 2 months, many unbelievable moments were spent between 5 islands. It was difficult to cut the list… 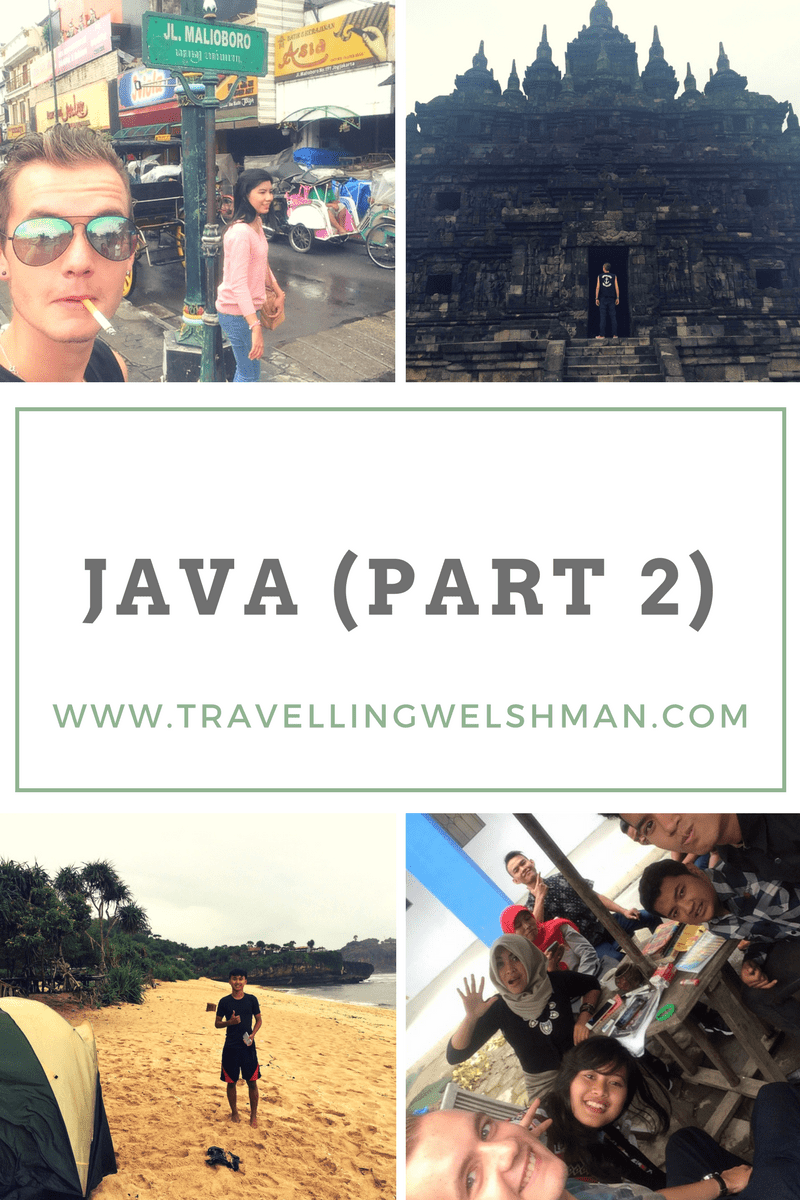 Java (Part 2)
In this part of my story I would be undergoing my first try at volunteering, living life with locals in the Indonesian countryside. My initial reasons for volunteering were admittedly selfish, charmed by the notion of free accommodation. However, I also KNEW I’d have an experience which was completely unique, opening doors otherwise locked. I…

This would be my second and last time volunteering on my travels through Java. Although both when applying looked very similar; both being English schools, the difference was staggering. My trip began from Klaten as Ms. Dee bid me farewell and I boarded the bus which would take me to Cianjur.

Yet again, a horrible journey. I’d gotten cocky, shorts and vest combo on a bus with the AC setting on arctic. It also seemed, despite the vast number of empty seats, locals insisted on sitting next to me, limiting my space even more. Made worse when they’d fall asleep with outward sticking elbows pushing me against the window for 14 hours.

Eventually I was dropped at some random point in Cianjur, needing to find my contact. Yet again, little preparation was done. I’d also contacted this school way back in September, however the lack of internet at the last school meant that I couldn’t contact Ersan, my host. Eventually I managed to send him a picture of where I was and waited for my introduction. To my pleasant surprise, a guy around my age pulled up in his car.

I cannot sing the praises of this man Ersan enough, he MADE my trip for me. His unbelievable generosity and eagerness to entertain and provide for me was unreal! He truly went out of his way to ensure that I’d leave saying that I’d had a great time, almost forgetting that I was there to volunteer!

This 24-year-old kid owned and ran his own English school where he lived (as well as I would be) down one of the backstreets of Cianjur. My time there revolved around that building. Its where I slept, where Ersan generously offered up his bed. Its where we ate everyday as Ersan would buy me and all his staff lunch. This is where I would also take part in the lessons that took place there. Despite me being there to volunteer, it couldn’t feel any different. It was simply spending time with Ersan, my new local friend who I hung out more with than actually volunteering for him! He’d take me out for food daily, ask me constantly to tell him if there’s anywhere I’d want him to take me. His heart of gold was demonstrated right on day one.

After I arrived, he immediately took me to lunch (which he paid for). We quickly established we were people of the same wavelength i.e. our fondness of the local girls and discussion of said matter. First destination was the local university, as I was told Ersan had people he’d like me to meet. Honestly, I was exhausted, having not slept on the bus. To his credit, Ersan knew this, and he himself just wanted to get the formalities out of the way for my sake.

I was quickly introduced to a wave of countless Indonesian students and faculty. Performing my regular basic English questions routine with similarly aged students as they asked for my Instagram. I was also introduced to the college lecturers, all of which had surprisingly little English. One was so keen when she met me, she wanted me to introduce myself to her class! So, there I was, in front of a lecture room full of students as I felt somewhat like a prancing pony on display being asked to talk about myself. I was questioned by the students which was quite entertaining. I recognised the group of giggling girls at the front pointing at the foreign boy. Took a slightly weird turn as the lecturer started to offer me to the girls, asking me which one I liked most. The one I chose happened to be in Ersan’s class.

So how was Ersan’s generosity emphasised during all this show pony fun? Well among the countless students I met, one stood out, that was Anita. He’d cunningly noticed how there were a number of attractive girls at the university, and asked which was my favourite. That was Anita. Later that night me and Ersan went out for dinner and jumped back in his car, hoping for an early night. I STILL hadn’t slept.

“so, where are we going now?” with a sly look across his face he said

“ahh it is a surprise” I was curious. Next minute, we’re pulling up at the side of the road, with none other than Anita standing waiting to be picked up

“Surprise for you my friend” what unbelievable hospitality.

His talents were not limited to wing-manning. Another example would be how he arranged for me to go abseiling down Cikondang waterfall in the middle of nowhere, done by very little western tourists. He had a contact who worked for the company and arranged for me to get picked up and ride in the back of a pick-up with other young local adrenaline junkies. This one pick up joined a convoy of other adventurers, ALL Indonesian. The road got incredibly bumpy, fast, as the backroads lead us through tea-plantations and rice terraces towards the waterfall.

View from the back of the pick-up

The group walked over a bamboo bridge over a rather small looking river that overlooked a monstrous waterfall. This is the one I would be abseiling down. If Mount Rinjani was the most physical challenge I’ve ever endured, this without doubt was the most terrifying thing I have ever done.

As scary as the prospect was, I’d abseiled before, probably, back in my school days on day trips. This isn’t that. This is climbing down the middle of a fucking monstrous torrential downpour which knocks you off the stone wall and strip the “protective” goggles from your face rendering you blind and dangling over the sharp rocks.

Didn’t help that the safety talk was all in Indonesian of course, with only a few points being roughly translated by the few others who spoke broken English. Oh, and the “shoes” provided to safely guide me down the deadly waterfall maxed out at size 40…where I’m a 48. NOT TO MENTION how fucking unnatural it is to willingly lean back over a cataclysmically enormous drop on a raging waterfall. It was awesome, and gave me some excellent S.A.S style action shots

Looks scary? It fucking is

After, the whole group sat together and ate a buffet eaten by hand off banana leaves. Piles of rice, tofu, tempe, ricecakes and sardines. As the lone traveller I became a curious attraction to the younger Indonesian’s who spoke the best English. Oh and of course, I didn’t have to pay a thing, all thanks to Ersan.

The volunteering was unbelievably informal and laid back. The students this time were all local university students, again people of similar age to me. The “lessons” were essentially a series of questions being fired back and forth between me and the group of 6 or so students at a time, twice a day. That was it, just a chat, with people I got to know and essentially had banter, practising Indonesian chat up lines and insulting their music tastes. This happened for 4 days of my 8 there.

Class is in session

I also spent one very early morning volunteering at a local school, which just happened to be the morning after my long and heavy drinking session the night before in the karaoke bar. Curious giggling hyperactive children are adorable, however not so when nursing a horrendous hangover. Thankfully all it entailed was joining the children at a local restaurant, again, all paid by Ersan.

The night before was an event. Ersan had promised me he’d take me on a night out in my time there. So he took me, his friends, and my new Indonesian wife Anita to a karaoke bar giving my first drink in over a month. One of the few placed that served alcohol, ordered by the jug. We sat in the Japanese style booths with a huge selection of Western music which include my own favourite of hard rock, but then all the way to them singing every word to Daniel Bedingfield… which is one of the most outstanding things I’ve ever seen.

The generosity extended to everyone that I met, including Anita. She was kind enough to invite me back to her house where I met her mother which god bless her couldn’t speak a word of English, making conversation difficult. However, we bonded over cigarettes, as well as her insisting that she fed me. She laid out the works, an entire meal and said she would be disappointed if I left without her feeding me. I met a long list of Ersan’s friends which I myself was able to bond with, from those who joined us singing karaoke to those we met at their own house as they each would greet us with coffee and appetisers.

There was one monumental disaster, one you CANNOT have happen when travelling. My debit card was swallowed. Fuck! Thankfully, my guardian angel Ersan was at hand. He called the bank explaining the details, took me to the bank acting as translator on 3 separate occasions, and eventually got my card back. Thankfully It happened early, and I was there for more than a week. However, the process took 5 days in total, cutting it close.

Eventually it came time to travel onward as I had a flight to catch. The next destination would be my last in Indonesia, the enormous capital, Jakarta. Ersan ensured me I could catch a bus going to Jakarta right on the main street from his building, and so I did. He sat there on the curb with me waiting to wave down the right bus for me as he asked if I’d enjoyed myself, reassuring me that if I ever needed a 4 month visa to come back, he’d gladly help. As we embraced in a farewell the last bit of helpfulness came in a whisper

“don’t pay more than 35,000” God bless you Ersan, and farewell Cianjur, you will be missed