China vs. Taiwan: The Difference

There’s a very annoying interaction I’m forced to go through regularly while travelling the world. It begins with a simple introduction and one simple question that every traveller is asked.

Almost on a daily basis I’m pissed off as people mistake my country for another. That is why I have the deepest of sympathy for Taiwanese people. They sadly have to go through the same annoying interaction too.

I know exactly how annoying it can be, and how I wish people understood the difference. The sympathy I have is enough to make me want to clarify the difference between them. It’s important to understand how China and Taiwan are both completely separate countries.

The history of Taiwan is sadly one of frequent colonialism and ruling from outside forces, despite the country being home to a variety of indigenous people who still inhabit certain parts of the island. The first outsiders to step foot on Taiwan were the Chinese in the 13th century. A few centuries later, the Dutch became the first to establish settlements on the island through the notorious Dutch East India Trading Company. They were ultimately responsible for encouraging large scale migration from mainland China. 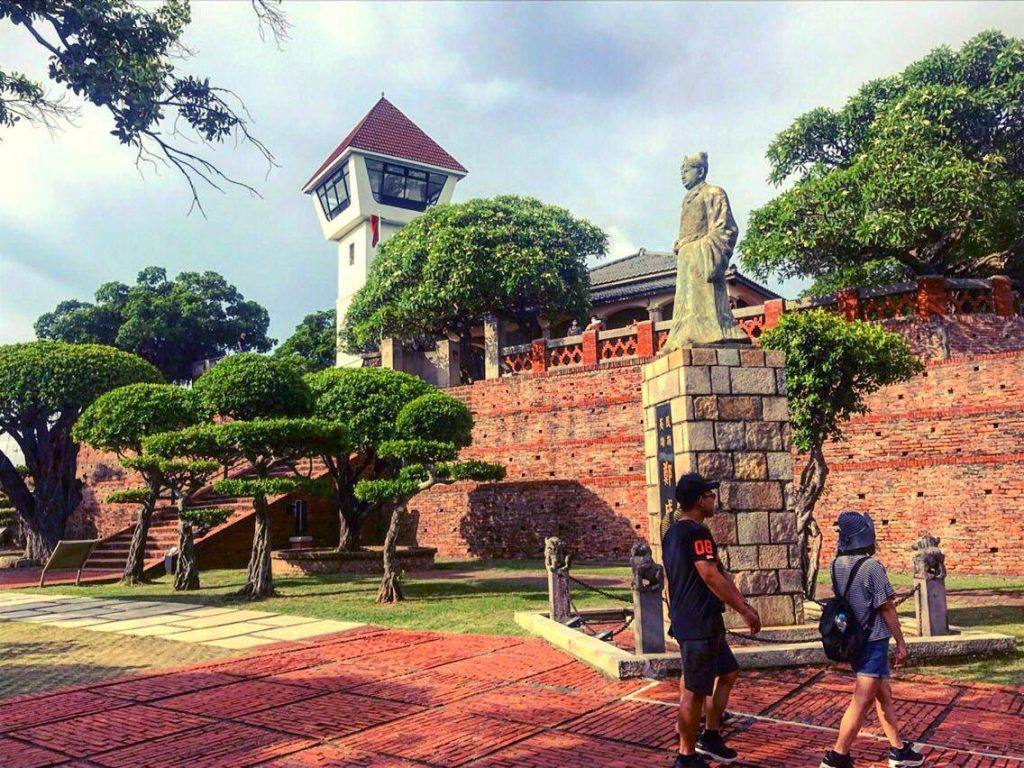 Echoes of Dutch colonialism at the Anping Old Fort, Tainan

Followed by a brief attempt of colonisation from the Spanish, the Dutch were eventually driven out by Koxinga, a Chinese Ming dynasty loyalist. Soon after, the island came under the ruling of the Qing dynasty of China. Almost 200 years later, the island was ceded to Japan as part of the 1895 Treaty of Shimonoseki at the end of a brief war between the two nations. Thus, Taiwan was under the control of outside forces until the end of the Second World War when they were finally released from Japanese rule.

Before and immediately after WWII, China was fighting its own battle within itself. A major civil war was fought between the Republic of China (ROC) and the Communist Party of China led by Mao Zedong. The ROC was a sovereign state founded in 1912 following a revolution that removed the Qing dynasty. After the defeat of Japan in WWII, the ROC took jurisdiction over Taiwan. As they neared defeat in their own civil war, the ROC government relocated to Taiwan along with 1.2 – 2.2 million native Chinese.

Since then, Taiwan has been under the control of the ROC, becoming officially known as the Republic of China Taiwan. Across the ocean, the mainland has been controlled by the Communist Party, becoming officially known as The People’s Republic of China. As such, both countries have since been ruled by separate governments and have become completely separate countries. 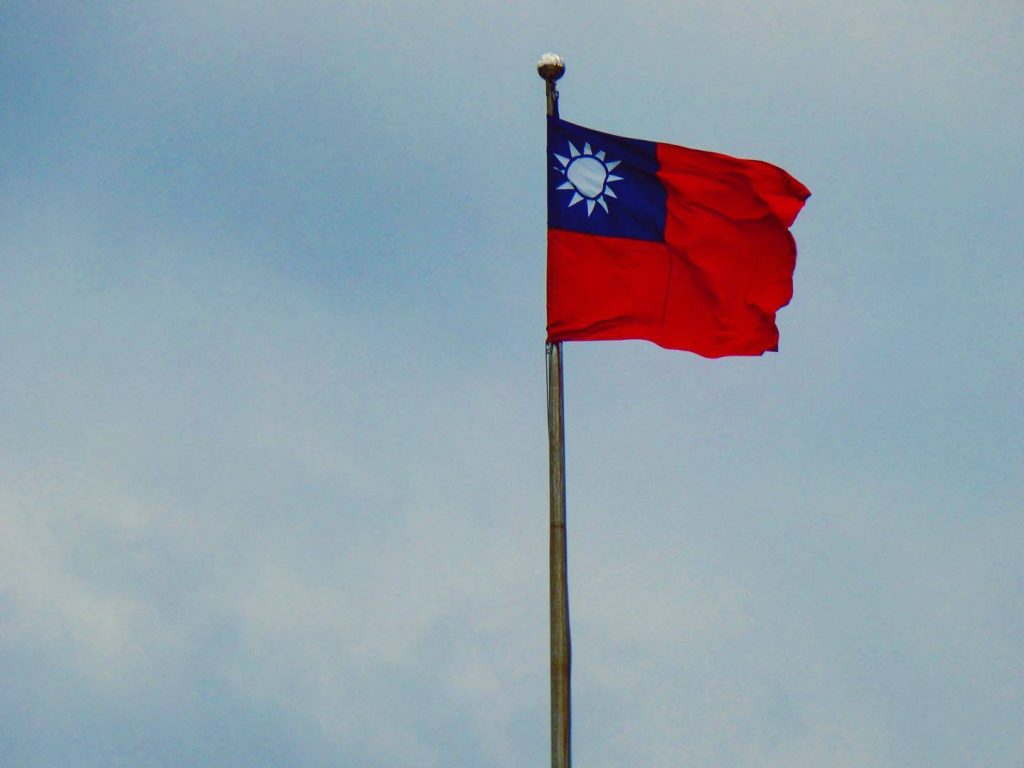 The flag of the Republic of China Taiwan waving proudly

Who Are the Taiwanese?

Though Taiwan has aboriginal natives that still inhabit the country, today they only make up about 2.3% of the nation’s citizens. Taiwan’s explosive population growth is due to large migration from mainland China. In 1905, Taiwan had a population of 3 million. In 1949 between 1.2 – 2.2 million mainland Chinese citizens associated with the ROC migrated to the island. At that time, the immigrants made up about 25% of the country’s total population. By 2019, the population has hit almost 24 million, 95% of which are of Han Chinese ethnicity.

What Does Being “Taiwanese” Mean?

You might be saying, if the majority of Taiwanese citizens are descended from China, aren’t they Chinese? It’s more of a political question but with quite a simple answer in my opinion. America has a very similar situation. An enormous proportion of the US population are descendants of other nationalities, though they have been separated by a few generations. Today they would proudly refer to themselves as purely American.

Taiwan is just the same. Yes, they have descended from the Chinese. Many will even have relatives who themselves migrated from the mainland, but that was then. A few generations since and they have evolved into something new. They’re now something different to what they once were and completely independent of their origins.

This is probably the most difficult question to answer. The answer depends on who you ask. Ask Taiwan, they’ll tell you yes, they’re independent. They have their own government and maintain both diplomatic and informal relations with other countries. If you ask China, they’re not independent. No peace agreement was ever signed following their civil war; thus re-unification should still occur in the future. That’s both side’s general view, but even in Taiwan, different parties fight under different beliefs. Some parties will even agree with the view of the mainland.

Essentially, for the time being, both sides unofficially agree to maintain a status quo. They informally agree to treat Taiwan as a state without having any official declaration of independence from China. It allows parties to interpret the situation in a way that’s politically acceptable to them. The walking on eggshells policy brings with it a lot of risk. The lack of clarification brings a possibility of war given a particular groups interpretation. The same can be said of a declaration of independence, as this would run the risk of China taking Taiwan back by force, something they have repeatedly claimed publicly that they are more than willing to do.

What Does Taiwan Think?

Another difficult question, and an answer that changes significantly with time. In recent years, there’s been a growth in the number of people identifying themselves as purely Taiwanese. Though numbers vary slightly between polls, the rise and fall for each group over the years has been consistent. According to a poll conducted by the National Chengchi University in 1991, 13.6% of citizens regarded themselves as Taiwanese, where in 2019 it rose to 56.9%. Additionally, in 2001 the Ministry of Foreign Affairs found that 70% of Taiwanese citizens supported the idea of changing the name of Taiwan so they would no longer be known under the Republic of China. 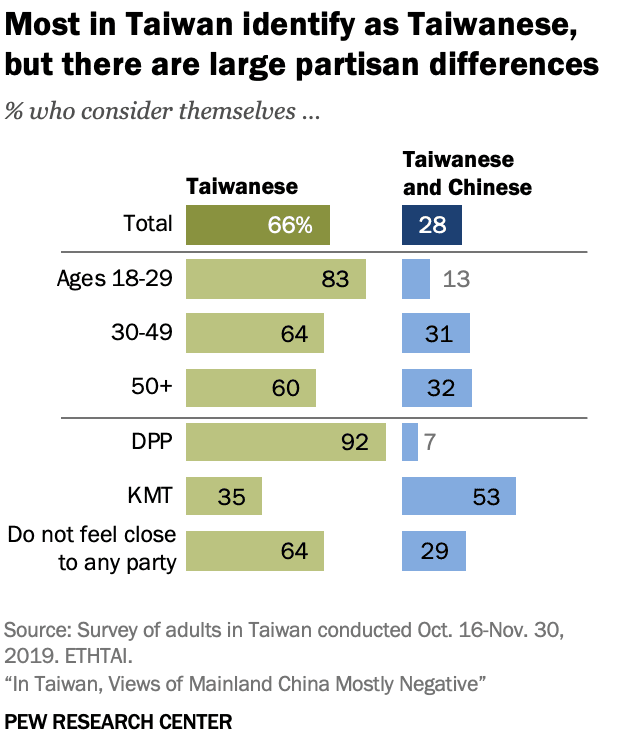 A poll on what the Taiwanese consider themselves, courtesy of the Pew Research Center

As for the rest of Taiwan, what do they believe? According to a poll conducted by the Pew Research Center in 2019, 28% of citizens identified as both Taiwanese and Chinese. Perhaps the most surprising statistic of all is that 6% of citizens regard themselves as purely Chinese. An interesting point is the differences in opinion between age groups. The Pew Research Center discovered that 83% of young adults between 18-24 consider themselves Taiwanese, where only 60% of 50+ year olds say the same.

Opinion of Each Other

That’s the difference politically, but what about personally? What do the nation’s really think of each other? Having lived in China for 2 years and Taiwan for almost half a year, it’s become painfully clear that (for the most part) both nations simply dislike each other. Of course, this is aimed much more towards their respective governments, however some animosity remain for the citizens. For some, it’s nothing but a casual annoyance, for others it’s a passionate hatred. This is speaking in complete generalities and is not the case across the board. Though in my experience, reference to any of the countries to the other is met with a look of repulsion. A familiar interaction I have goes something like this 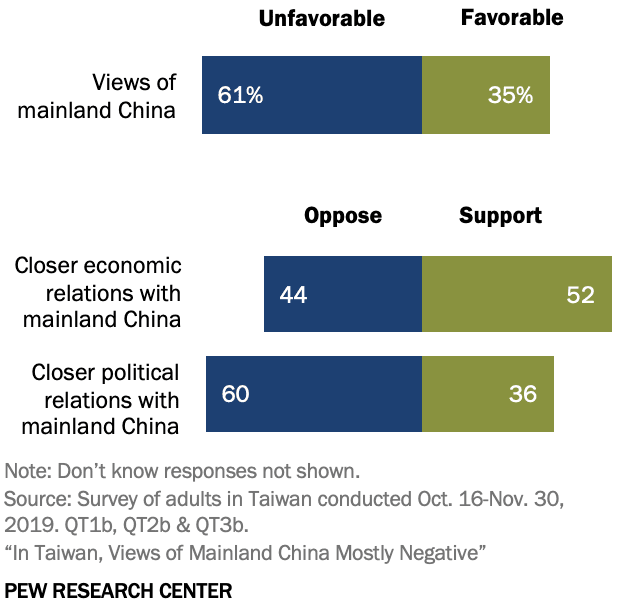 A poll on how the Taiwanese view the Chinese, courtesy of Pew Research Center

It’s always the first point, as if that should justify their dislikes. It sets the tone for the attitude they have towards the individual, simply because of their nationality. According to the Pew Research Center, 61% of Taiwanese have an unfavourable view of mainland China. Typically, it seem that the Chinese look down on the Taiwanese, as if they were their insubordinate inferiors. The Taiwanese on the other hand have a dislike of the mainland the same as you would for a bully.

Superficially, yes. As far as China is concerned, Taiwan belongs to them. It’s similar to their claim of owning Hong Kong, though Taiwan is different in the sense that they have an independent government therefore completely separate. Many people even believe that the current events in Hong Kong also functioned as a kind of trial run to see how difficult retaking Taiwan would be.

China and Taiwan are yet another pair of countries that appear to be in a never-ending cold war. As of yet, there’s been no direct contact, just vague threats. As recently as March, members of high-ranking Chinese government have threatened to use force if necessary, to ensure “re-unification”. And even during a worldwide pandemic which originated in China, they have sent military aircraft into Taiwanese airspace several times, in an almost taunting gesture. Beijing repeatedly claims these drills are to show China’s determination to protect its sovereignty.

Absolutely. Like South Korea and Israel, countries that seem on the brink of war at any second, Taiwan has a mandatory conscription. Before 2017 this could have resulted in at least a year of service, though since it has been reduced to 4 months. Including reserves, Taiwan has a total of 1.8 million military personnel. This makes it the 10th largest military manpower throughout the world, beating countries such as France, Japan, and the UK. 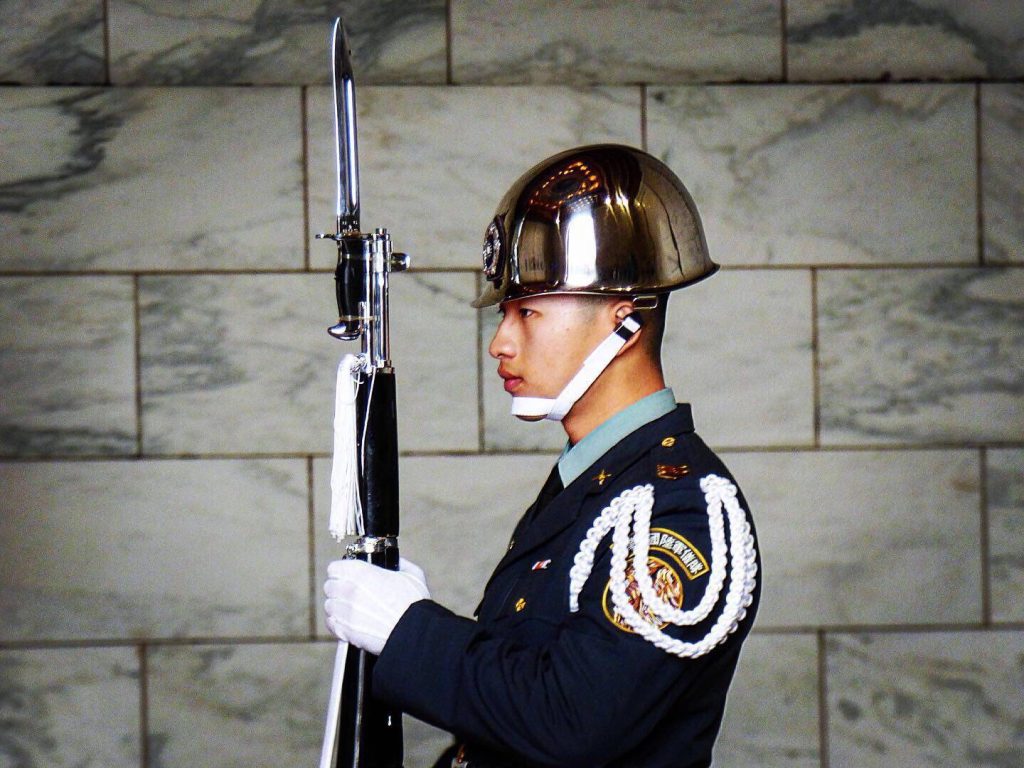 If that doesn’t clearly show how under threat Taiwan feels, just this week the entire country ran their yearly air-raid drills. Citizens in every majour city were ordered to stay indoors as the government simulated a missile attack and tested their air-raid capabilities. There’s no secret where they anticipate this attack to come from.

Message minutes before the air-raid drills